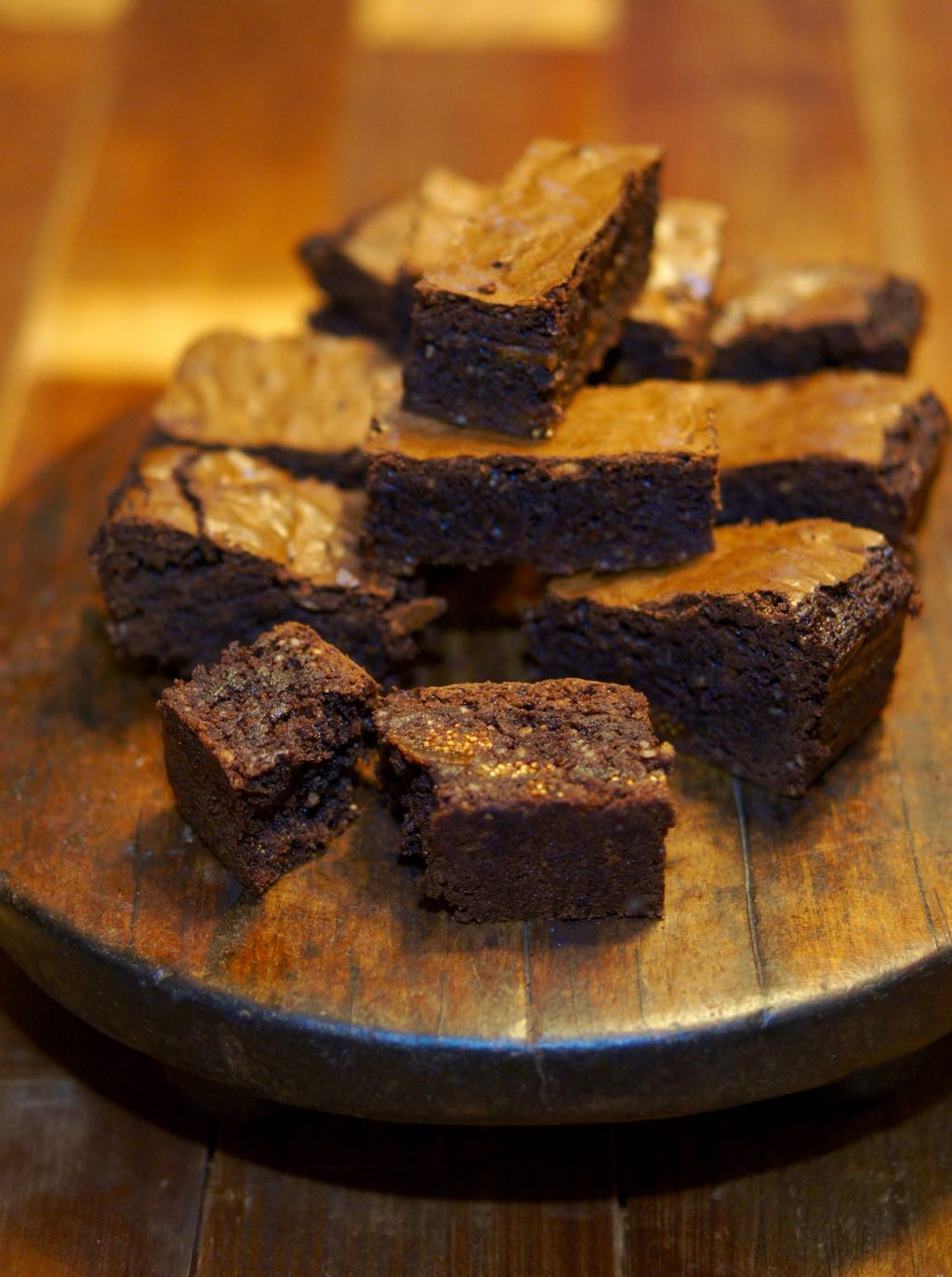 “Who doesn’t like chocolate brownies?  Well, from the speed these flew off the plate, I’d say no-one!  I’ve made so many different versions of the humble brownie: date, white chocolate, GF with almonds, the list goes on.  This was one of those fortuotous moments when I had a container of diced dried figs sitting on the bench from a previous recipe and only a short amount of time to cook something.  So my brownies got a healthy dose of figs at the last minute.  I love the extra texture and flavour they impart.  I’ve also found that grinding my own almond and hazelnut meal gives me more control over the texture. I like to process the nuts with the skins on and mill to a slightly bigger grain than the store bought versions. Finally, the trick in getting a really good brownie is having the courage to take them out of the oven before they feel totally cooked.  You just have to trust your own judgement and get used to your oven.  But even if they’re slightly underdone they’ll still taste amazing. Enjoy!”