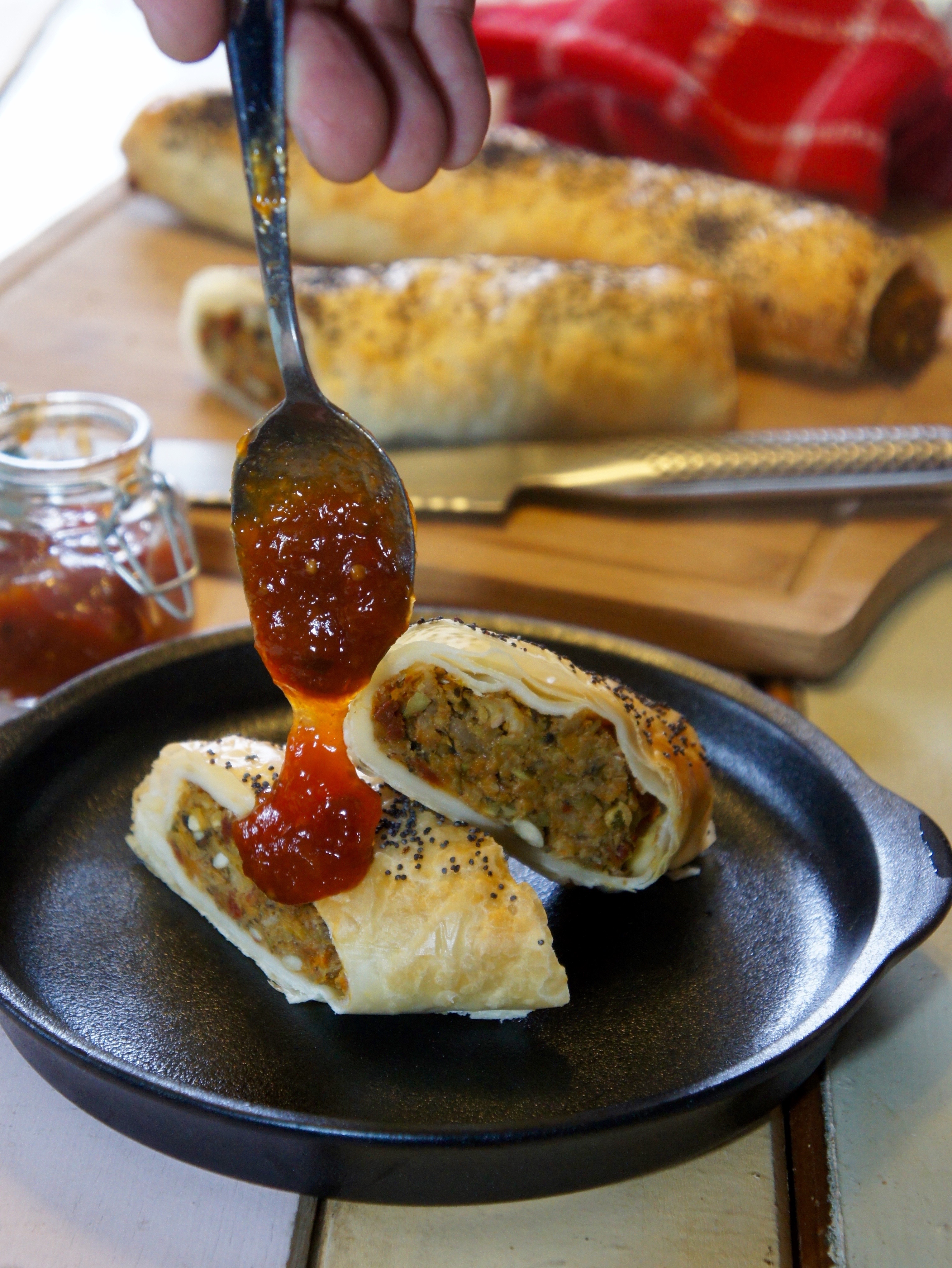 “I’ve got an increasing number of friends that are either vegetarian or vegan. so I decided I’d better perfect a vegetarian “Sausage” roll.  As I plan to open a cafe in the future I thought it would be a good addition to the menu.  I’ve found that other veggie rolls I’ve had have been a bit bland and lacking in texture so I’ve added pumpkin seeds and a few other ingredients to give them a culinary kick.  The filling contains no animal products so vegans can make them simply by substituting vegan pastry for the puff pastry I’ve used.  I’ve also used the filling as a veggie burger patty by rolling in bread crumbs and shallow frying.  Enjoy!” 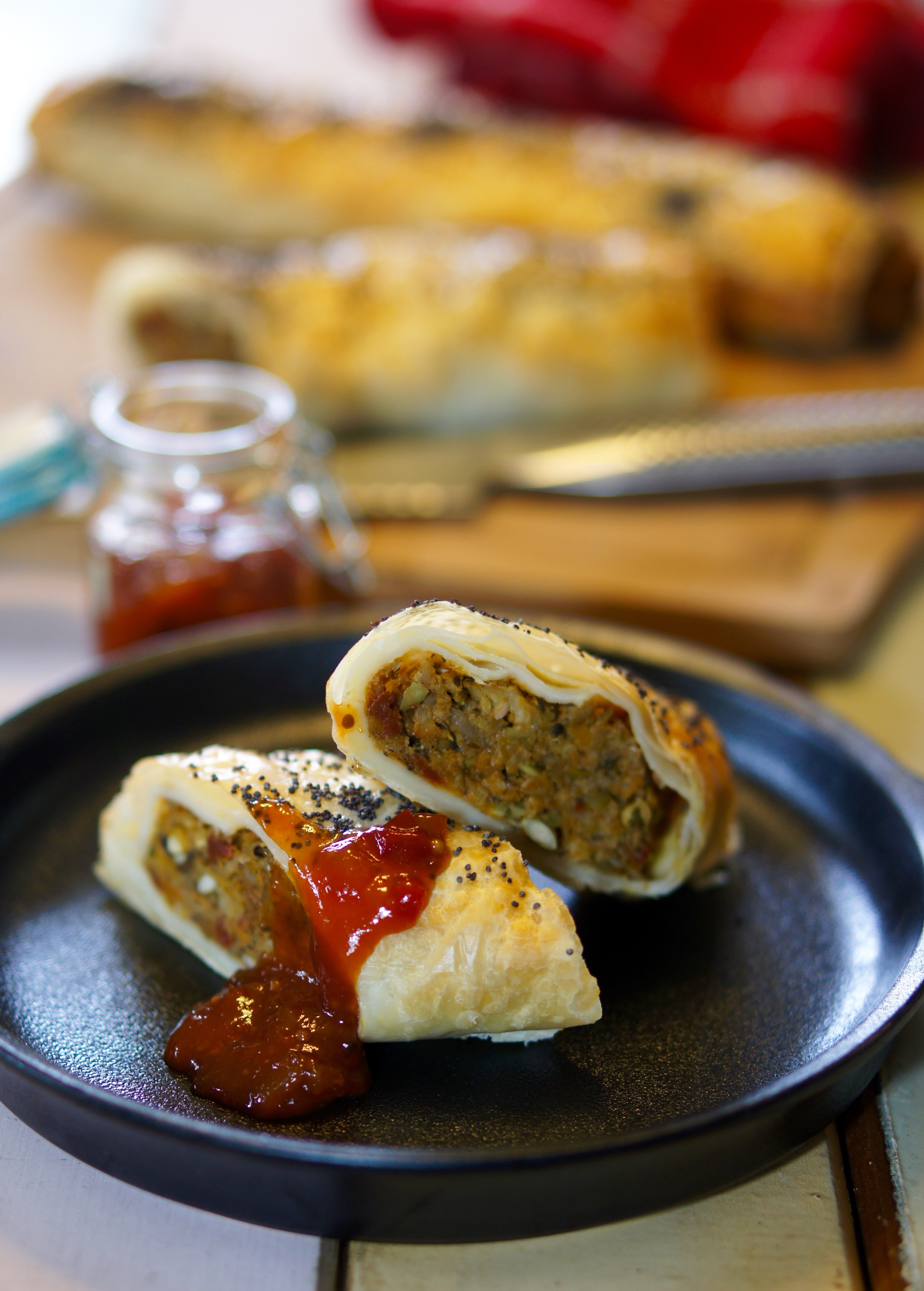