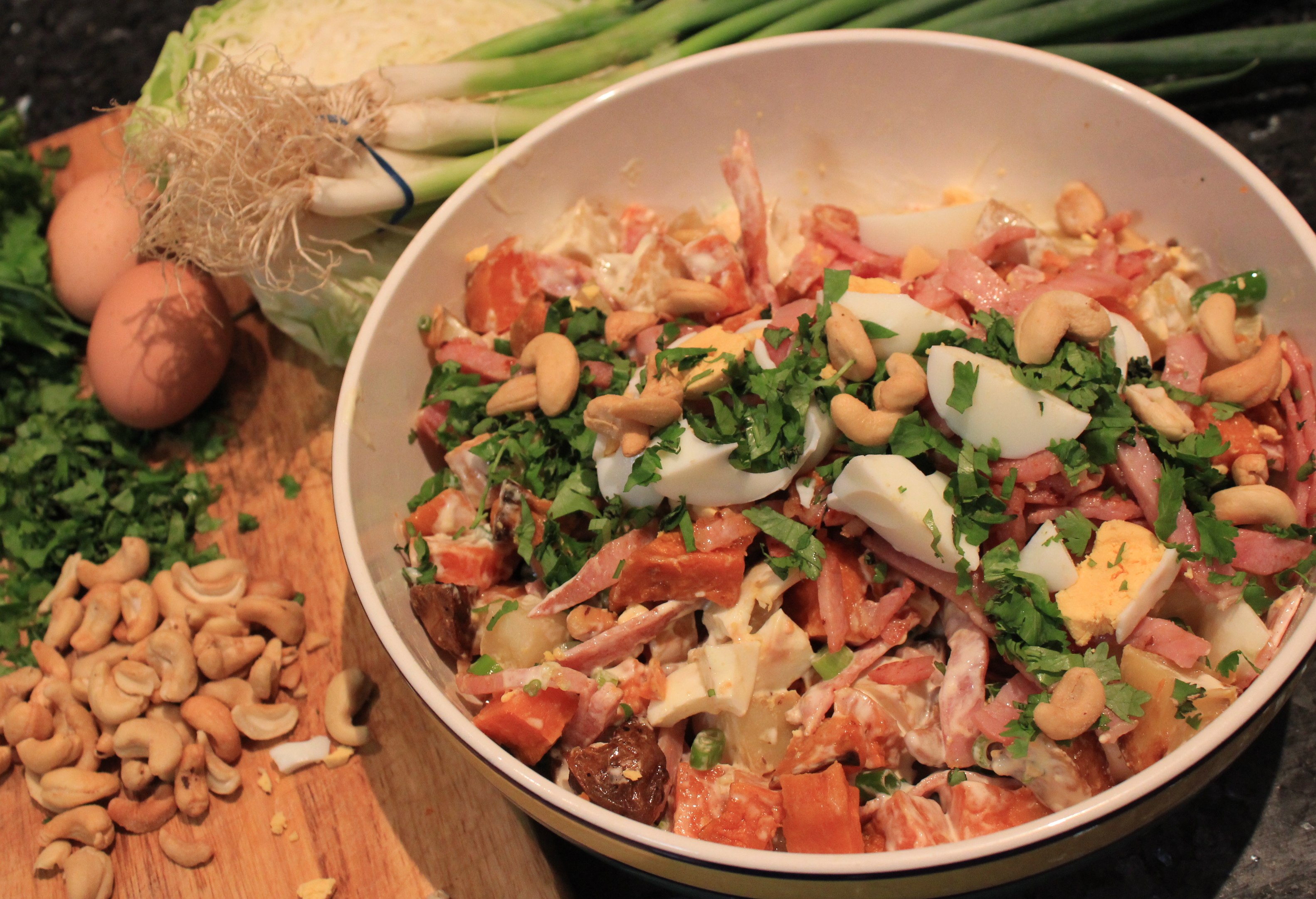 “From the first time I tasted potato salad I didn’t like it!  Probably because it was that homogenous gloop that you buy from the supermarket that was just a big stodgy mess without much flavour or texture.  But since I’ve started catering I’ve found that I have to make a potato salad every now and them.  This is where this recipe springs from.  Instead of boiling the potatoes I roast them along with sweet potato and add lots of fresh ingredients to the mix that add to the flavour and nuts to give it a nice crunch.  I haven’t bothered with definite weights in this recipe so you can mix and match to your own tastes.  Enjoy!”